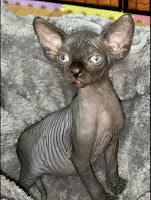 Doh! Found a post I’d started but for some reason abandoned part way through so it’s a few days since I’ve posted an update. Apologies to all those keeping tabs on us. I promise that I have not just been putting my feet up!

My brand new granddaughter hit one week old & it is an absolute treasure & delight to get to hold her. I was even allowed to place a kiss upon her incredibubble head of hair! I deliver 2 hot meals to my little famalam who live just a mile and a half away each week in lieu of the one meal and day of childcare I used to enjoy pre-Covid. Since then a lot has happened including a triply broken ankle for me which after surgery meant 10 weeks immobile while they took care of me & to some extent, the cats. My son would appear twice a day with a flask and a packed lunch and then a flask and dinner. I was pretty helpless at first but I did find a way within a few days to use my Zimmer (yes I said Zimmer!) to hop to a rollator Walker with a seat which allowed me to punt myself backward to where the litter trays were, and thus seated was able to take care of (my cats) business. If I could do nothing else, at least I could keep that task! Luckily with the girls using their auto feeders they didn’t require meals on my new wheels too! After convalescence, my being able to cook for them once again & with my daughter in law now working from home & coping with toddler care while I was in self isolation allowed me to feel a little bit useful again & involved again & the best way I can to thank them for their kind care. Anyway, I have delivered 2 meals and enjoyed a little grandma-ing. I feel blessed.

Anyway, back to the matter in hand, 4 handsome kittens who have been smashing it at weaning. After a few days of individual “training” (messy!) they started to get a little convinced that chowing down on meat and lapping milk from a dish was doable (I can’t lie, I do miss snuggly hand feeding) . It’s very amusing hearing the sneezing that goes on before they get to grips with how far from the surface of the milk they need to be and when is too low! Those training feeds took a long time but by day 4 they were ready to try a meal together. You must have heard and seen that on a video I posted a couple of days ago. Well since then I’ve been reducing the amount of milk mixed with the meat so that by Saturday morning it’s no longer served as a soup they suction up and is now more something they need to bite up and chew with a milk chaser should they want it. They’re still nursing from mum which is a scene that makes me smile since inevitably it ends up in a sleeping duvet of kittens over a comfy bed made of mumma! 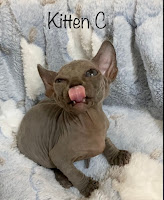 One thing they weren’t keen on was their first taste of Panacur wormer (always given at 5 & 8 weeks, then again before collection at 12 weeks) . They detest it and I still can’t understand why they don’t make it a tablet which is so much easier to give, or at least just try to make it taste nice for them.

One evening this week we had a breakout from the Pen(itentiary) . One date devil had leapt from the roof of the wooden house (shed!) dropping over the top. I moved the house into the centre of the pen but watched because now the escape route was mapped out, scaling cot bumpers and the fence has been attempted over and over again. For now, there’s no energy left after one or two efforts and not enough strength to get over yet but it won’t be long. I’m almost ready to give them freedom anyway since they are acing the litter trays too!

We had a bit of a video clip session today in order that I could get some reasonable still frames to use to create photos of them. Honestly, taking photos is a hit and miss affair even with extra hands here to dangle toys to keep their focus and perfect pout. 99 times out of 100 in photos they’ll move just as I click resulting in a blurred mess. I felt I got some reasonable images and have already used them to showcase the boys in advertisements so that, come 8 weeks when an in person viewing can be arranged, we can meet someone from the new families who would like to reserve & give each one a lifetime of love & care.

I’ve included some of those stills here hoping you’ll enjoy them - have a happy Sunday 🐾🐾❤️🐾🐾. 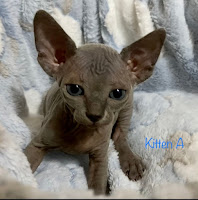