A family group moment for Louis & Lux with Aunty Noodle and Mummy Prune. Karma was there just out of shot, while Elvira was notably absent! Can you see the green foam golf ball? These are Noodle’s favourite fetch toys. Most often I’m presented with the green or blue ones which appear to be her favourites, though sometimes she puts them away for safe keeping but seems to forget where they are! 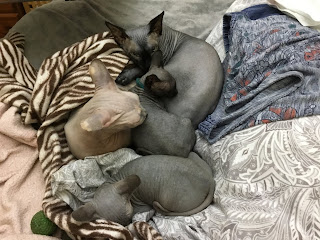 A lovely photo was sent to me today by Kirsty who purchased kittens from Noodle’s 2 litters. These are two females are Gamora (Mora for short) and Nebula (Nebby for short) born to the same parents, the father is a solid black male called Charlie. The litters were approximately 1 year apart & both ended with Caesarean sections, which is why Noodle is now spayed.  I did not wish to put her through that again, though she was an exceptional mother who has helped Prune so much with her first motherhood experience most recently.

Mora (facing) has developed Noodle’s colouring, she looks so like her, albeit she has a black flash on her nose which Noo doesn’t and both have Dad’s green eyes. Nebby has developed much darker patternation and has a white nose flash, though it’s unseen in this image. 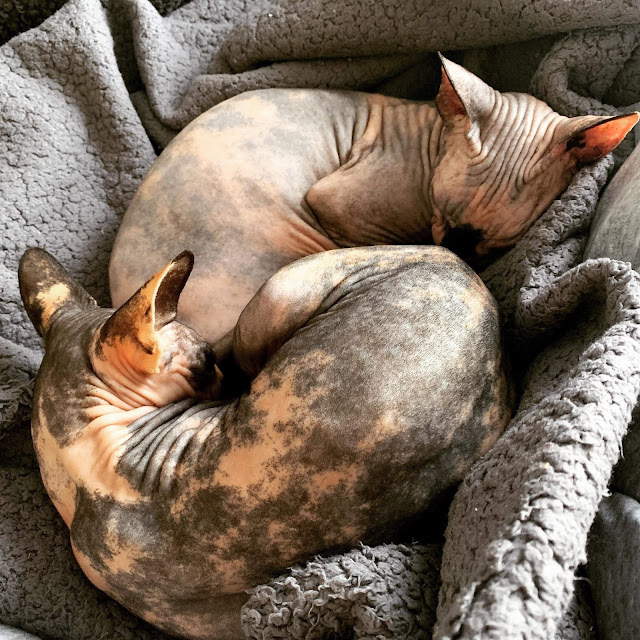